This was Capitol Records remedy to marketing an acceptable album cover for their latest album issued on JUNE 20, 1966, entitled THE BEATLES' "YESTERDAY and TODAY". This variation is referred to as a 2nd STATE MONO BUTCHER COVER because the original cover was pasted over with this new and more publicly acceptable cover design as shown here. Since the original was found to be somewhat offensive, over the top and rejected by public opinion, reviewers, disc jockeys and especially the record executives at Capitol Records.

The newly pasted over photo is known as the "TRUNK COVER". This corrected cover version was released on JUNE 20, 1966. To make certain that the album is an actual 2nd STATE BUTCHER COVER, one easy way to tell is to look at the right side on the front cover about midway down. You will see a faint depiction of Ringo's Black V-Neck Shirt underneath. If you don't see this, it's only a standard LP.

Overall it's a magnificent piece. A highly sought after collectible, and of Museum Quality in this condition. It's also a 1st PRESSING from Capitol's LA Pressing Plant. On the back of the cover, you will note the Number "6" in the lower right corner. This signifies that it is an  LA Pressing which were the VERY FIRST to be produced.

So why is this particular record so expensive? The answer is quite simple. Because there are very few (if any) that we have seen in today's collector's market that are SIGNED ON BOTH SIDES by renowned Beatles photographer Robert Whitaker! So even when you decide to peal the trunk cover to get the original BUTCHER COVER. It’s still signed on the backside of the LP Sleeve. Pealing cost are approx. $ 1.500,- by a professional.

“ROBERT WHITAKER” was the officially commissioned Beatles Photographer between 1964 and 1966 and was responsible for the "YESTERDAY & TODAY"  Butcher Cover Photo Session that took place on March 25, 1966. 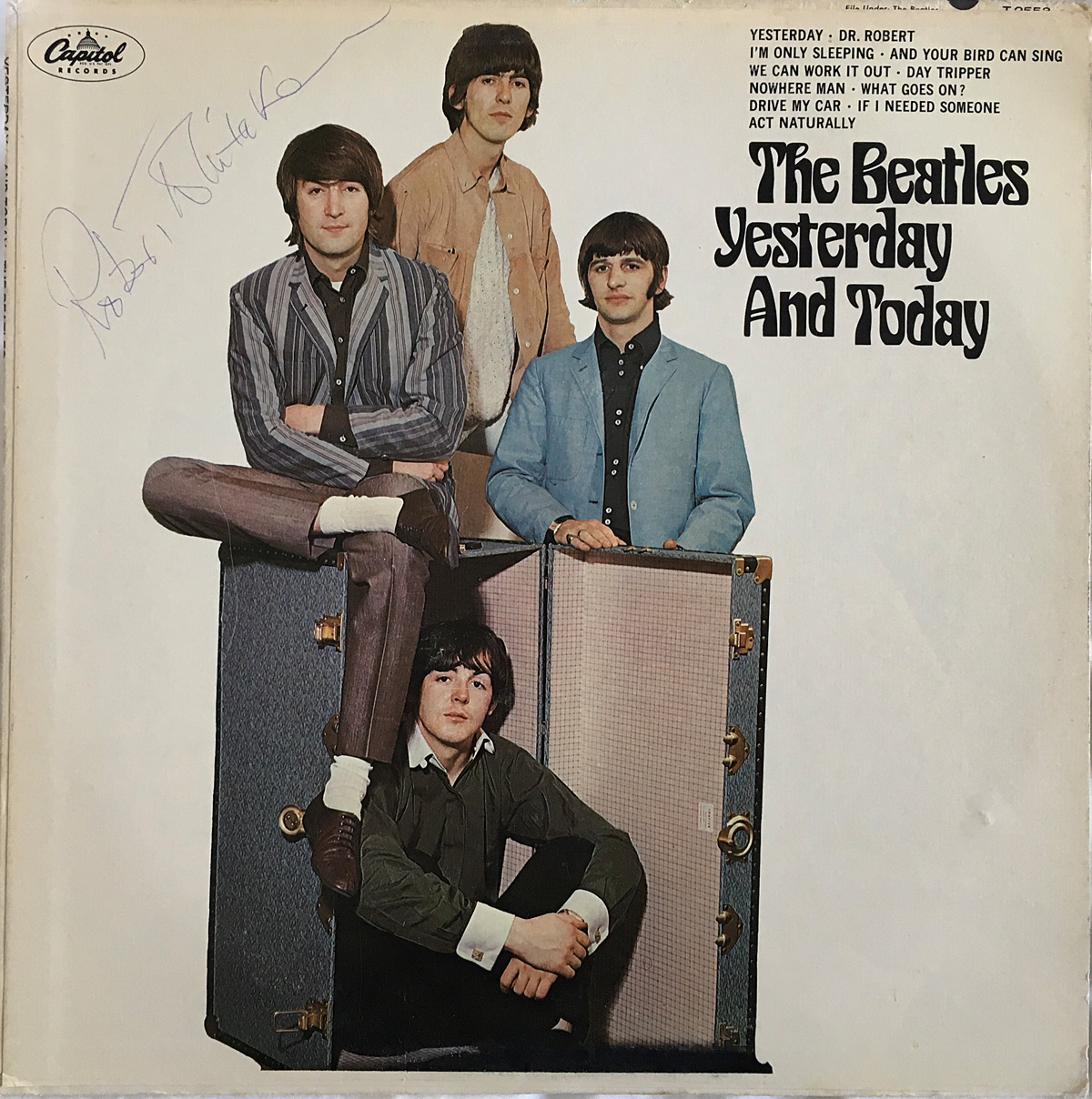 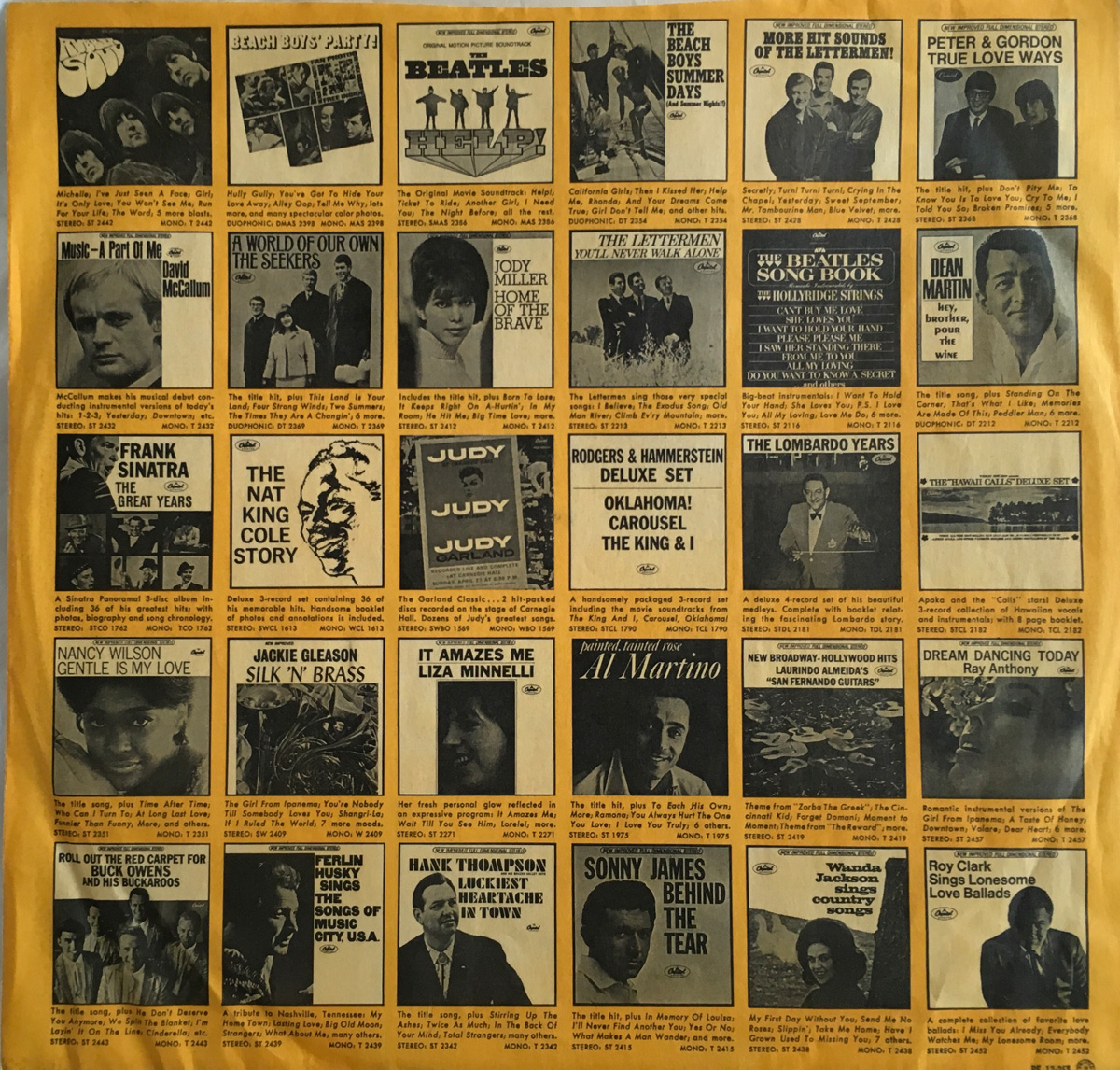 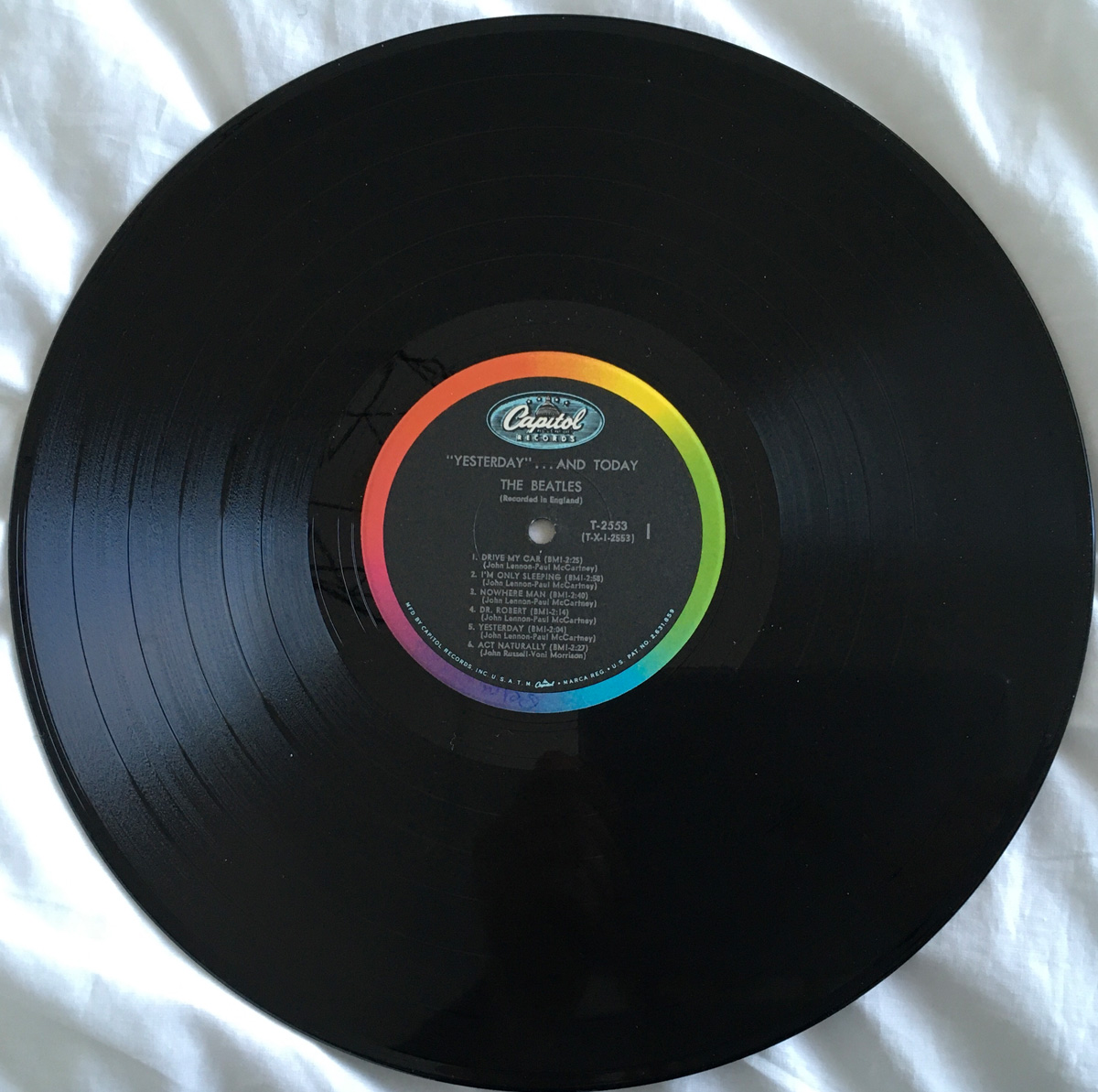 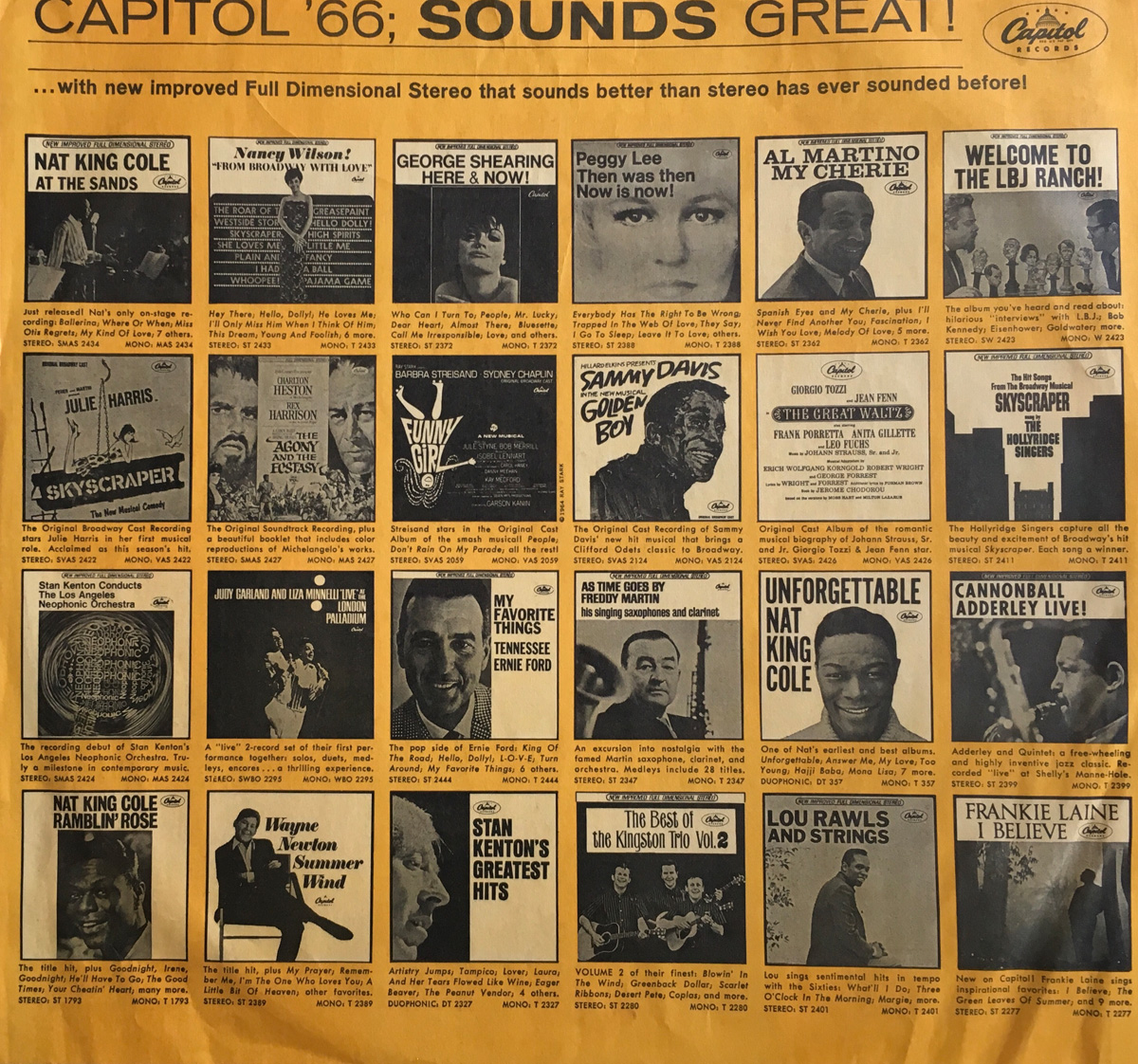 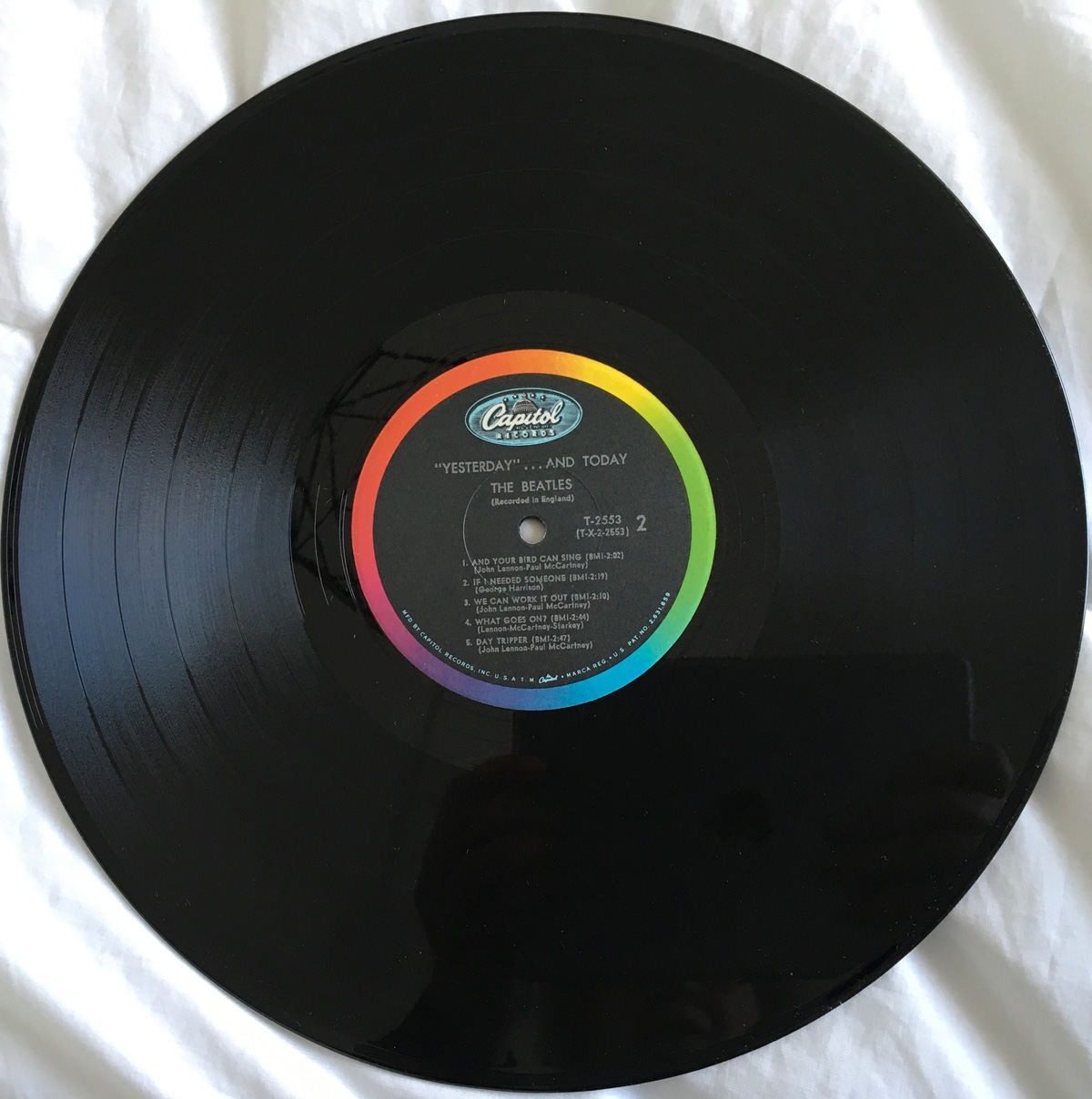 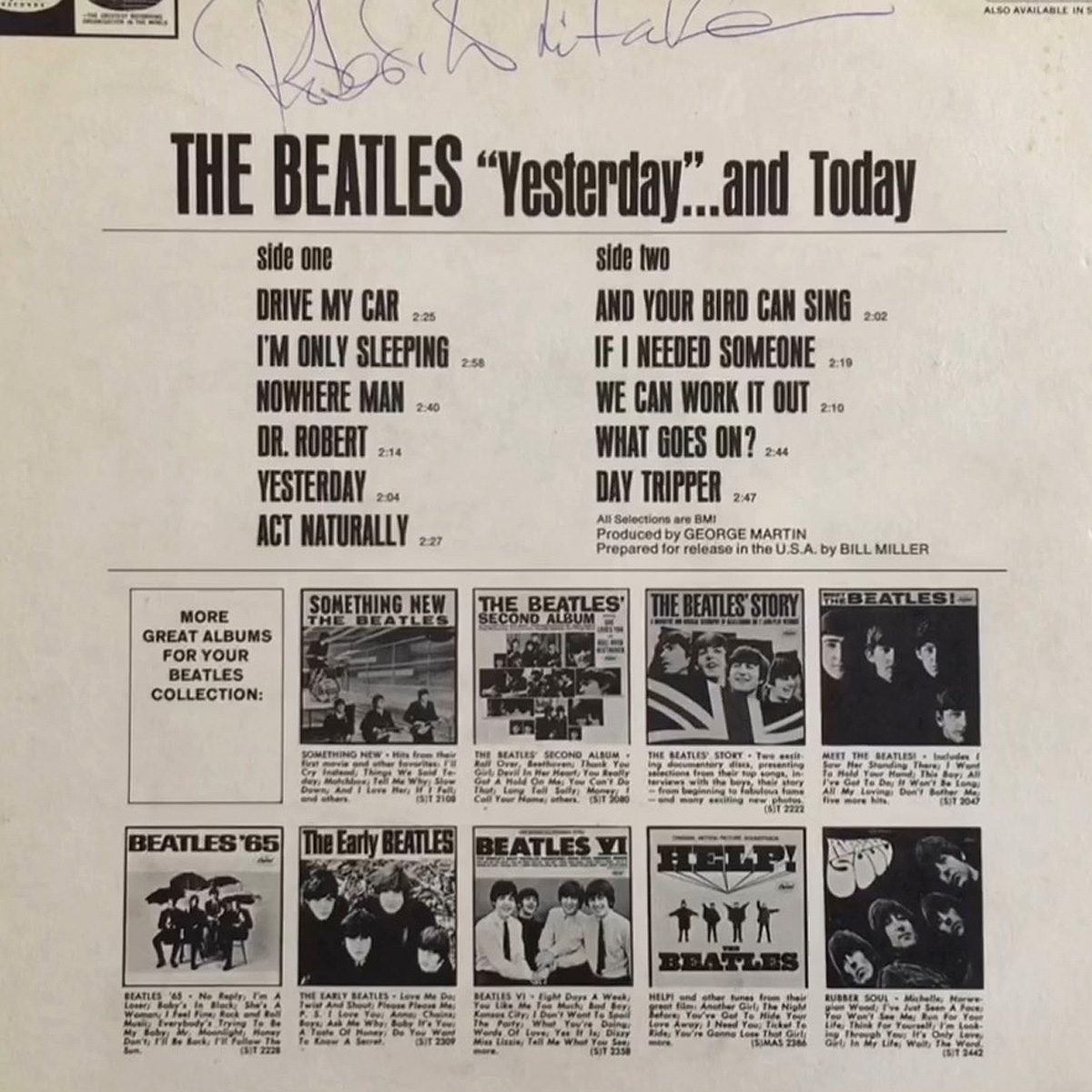